The Touchscreen Kiosk was designed for the education space adjacent to the exhibition Enduring Spirit: Edward Curtis. This project was the first time I employed the use of an interactive timeline that could be navigated by dragging a slider back and forth along the bottom. Each timeline marker brought up a different period in Curtis's development. The overlapping image and text had a parallax effect, as if sliding across the background which remained static. The timelines were distributed throughout four segments which could be accessed by scrolling vertically or swiping upwards from the bottom. I also included a quick 30 second video tutorial to guide the visitor. A video trailer of the film "Coming to Light" could be accessed from the home screen. The application was designed using Hype by Tumult and displayed on an iPad using Kiosk Pro. 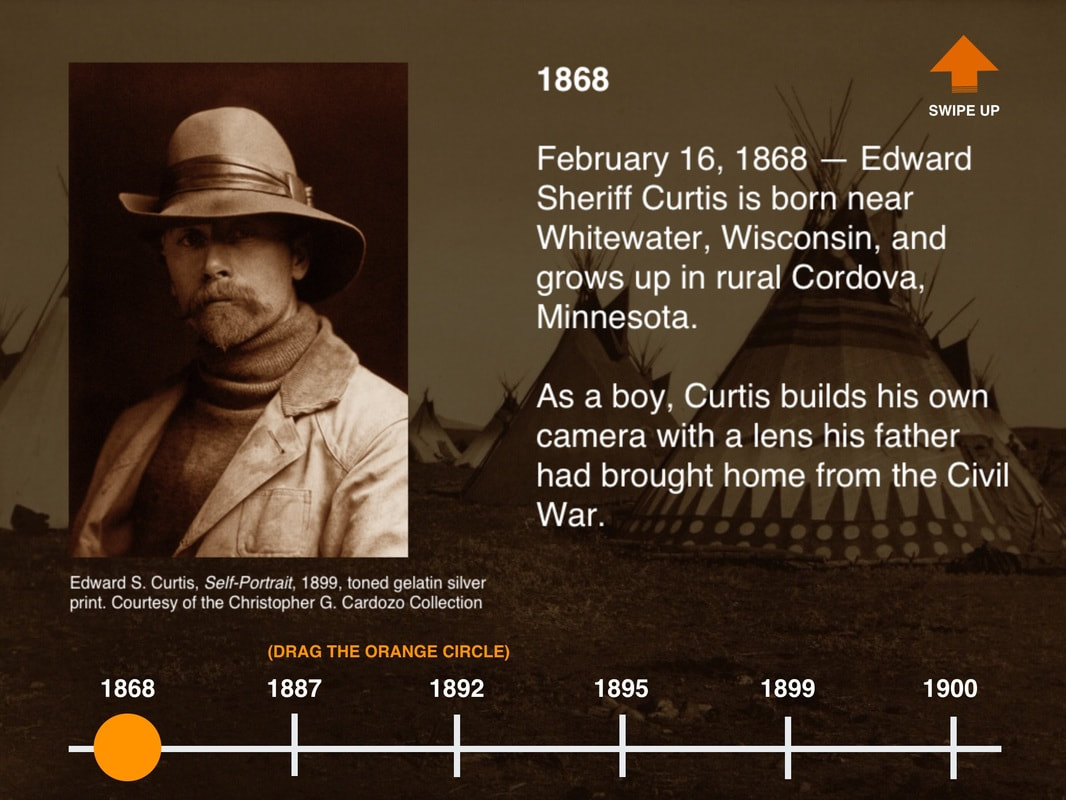 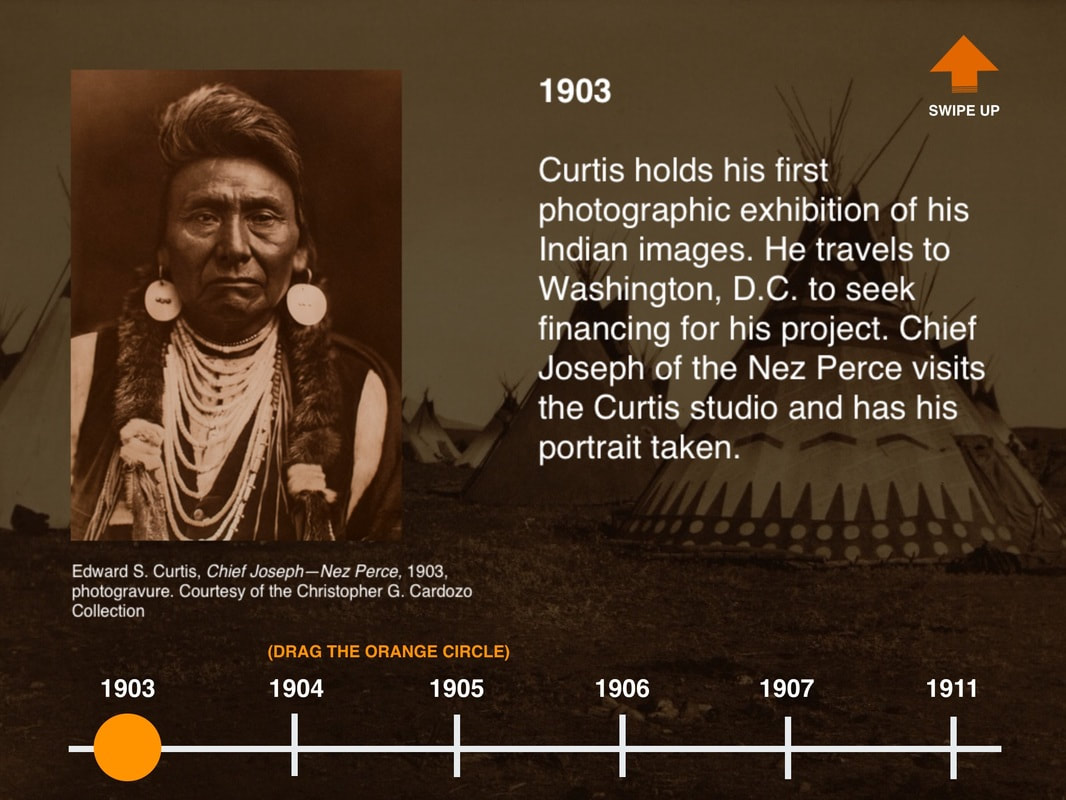 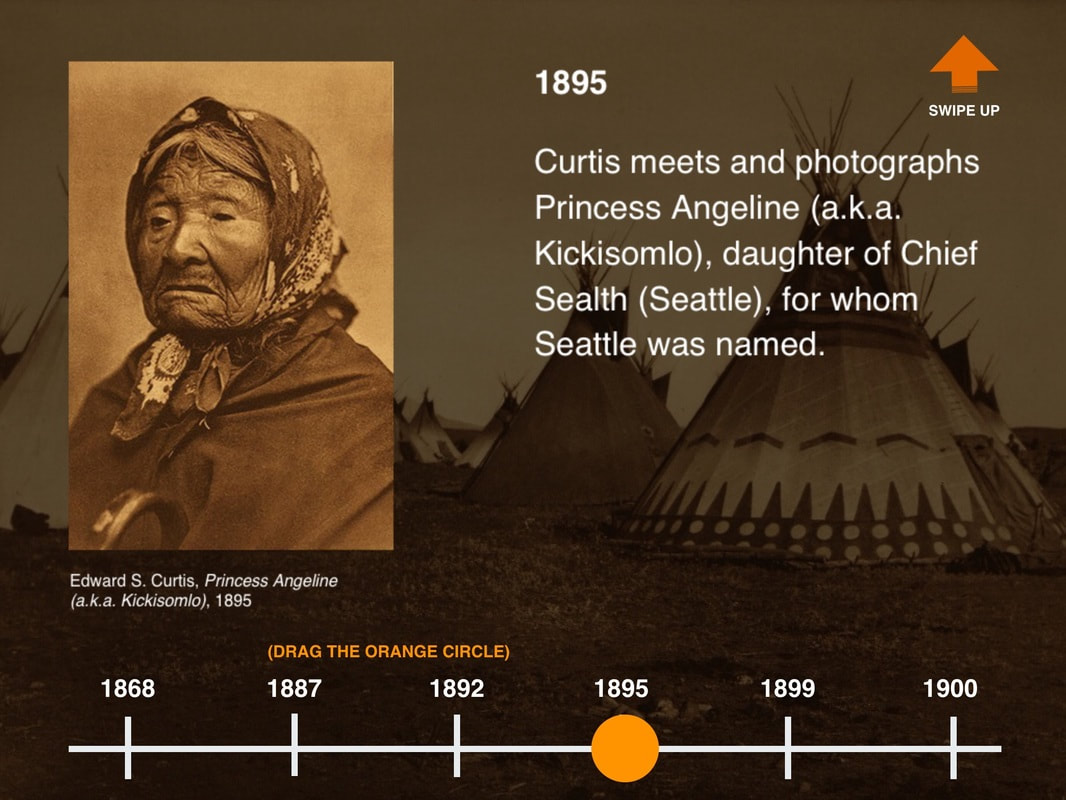 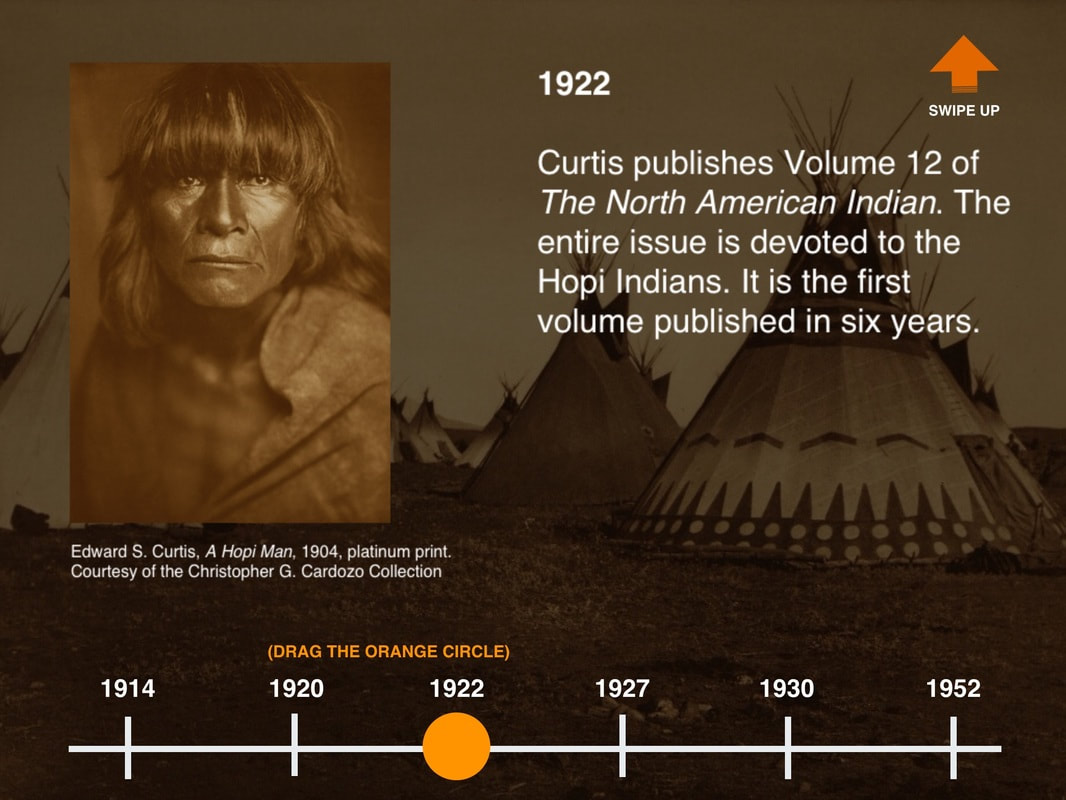 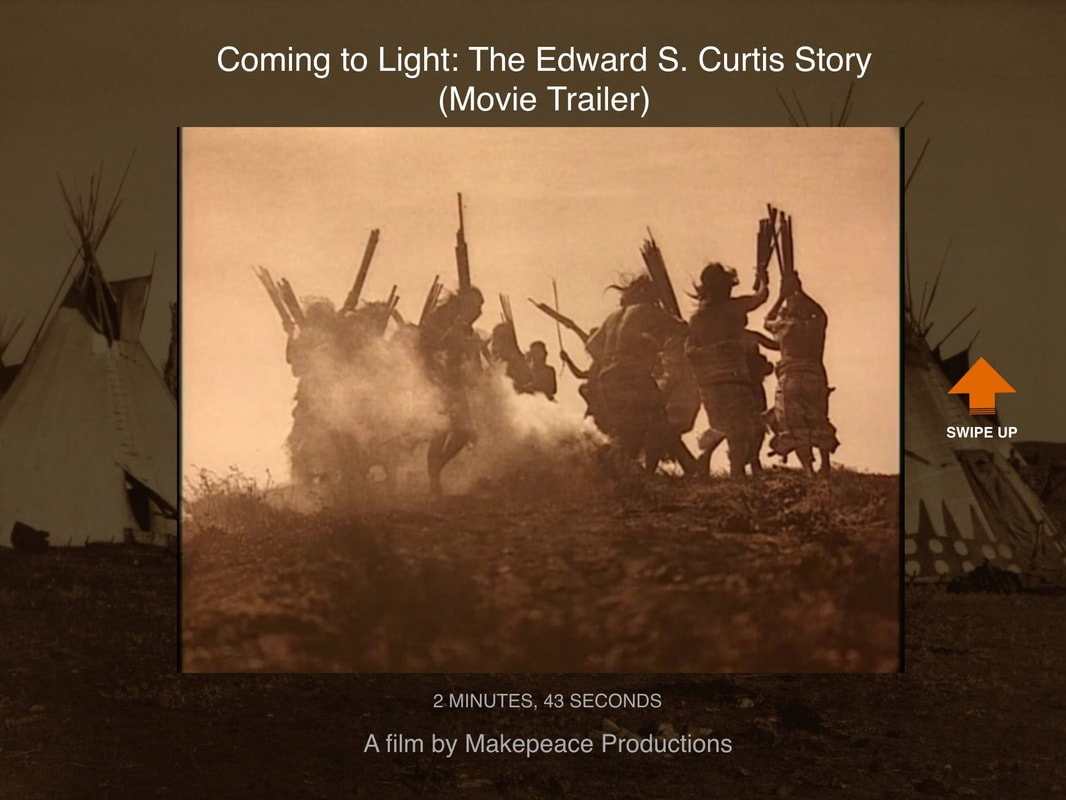