I received my Bachelors of Fine Arts and Master of Arts degrees from the University of the Arts in Philadelphia. Since graduating in 2001, I have been lead administrator and educator in charge of education staff and volunteers and implementing a wide variety of programs for students, families, and adults, I have utilized throughout my career a wide variety of teaching methods and learning taxonomies to engage audiences of all ages. I also developed planning and experience goals to design and assess the effectiveness of programs, both in terms of their implementation and the participant's role in the experience. Since most programs required facilitation and instruction by staff and volunteers, I have offered training annually to volunteers and staff to maintain high standards and best practices.

The Affinity Project is a community-based initiative designed to strengthen relationships between police and citizens. The project began as a partnership with the Illumination Project, and initiative started in Charleston after the bombing of the Mother Emanuel Church in Charleston, North Carolina. The model that IP employed used Polarity Thinking to leverage the value that both citizens and police brought to the table to address their common concerns. The Affinity Project was developed from this model and redesigned to coincide with the Museum's mission. The first pilot began in June 2018 as a partnership with Prince George's County police department and key community stakeholders. The second pilot began as a partnership with the Metropolitan Police Department in Washington D.C. with a specific focus on Ward 8. It is the Museum's ultimate goal to present the program as a national model that promotes police and community collaborations. 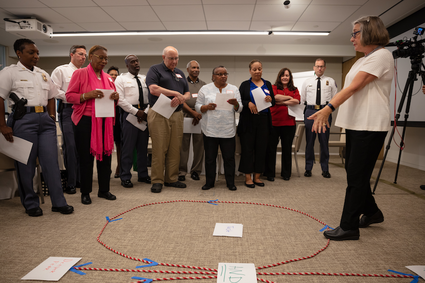 The volunteer program was first established to support the National Law Enforcement's Memorial Fund annual events (Police Week and Run for the Badge). In preparation for the grand opening of the National Law Enforcement Museum, I was tasked with redesigning the volunteer program to encompass every facet of the Museum's operations. I restructured the program to include five distinct volunteer areas: Volunteer Educators, Law Enforcement Volunteers, Visitor Experience Volunteers, Event Volunteers, and Behind-the-Scene Volunteers. Instead of two events a years, volunteers became integral to the Museum's daily operations, thereby increasing membership by three hundred percent.

My greatest programmatic contribution to the Taft Museum of Art was the groundbreaking work I developed for the Duncanson Artist-in-Residence program, which celebrated its 30th anniversary during the time of my employment. I started by clarifying the mission of the Duncanson Society (advisory committee) to ensure that the goals were aligned with the department and the museum's mission. I supervised three residencies which featured poet and spoken word artist, Alysia Nicole Harris, Grammy nominated jazz vocalist Carla Cook, and renowned choreographer of African and African American dance Stafford C. Berry. Each annual two week residency included between 12 and 15 performances, workshops, and classroom visits and partnerships with schools, universities, churches, libraries, community organizations, and arts organizations throughout the Cincinnati region. Each artist conducted workshops and demonstrations that exposed audiences of all ages to artist disciplines taught by some of the most talented contemporary black artists in the nation. 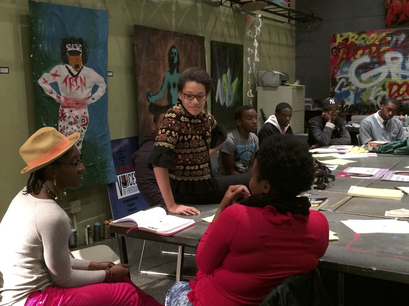 Among the many programs I implemented for the Montgomery Museum of Fine Arts, Ekphrasis was a new monthly book club program I started in 2011 as a continuation of similar programs I inherited from previous positions, but which I re-designed to broaden the level of engagement and participation. The books covered a range of topics related to artists and art history, both fiction and nonfiction. The book talk program included multimedia presentations, guest authors, and Skype calls by authors. Brown bag lunches were made available through the cafe. Some memorable book titles included "The Judgement of Paris" by Ross King, "Clara and Mr. Tiffany" by Susan Vreeland, and "The Madonnas of Leningrad" by Debra Dean. For each one of those programs, the author was able to call in via Skype, which greatly enhance the dialogue about each book. 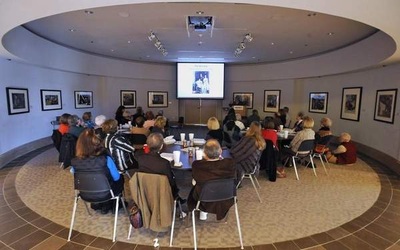 The most exciting and innovative opening event and I ever planned in conjunction with a special exhibition was in conjunction with the Stephen Rolfe Powell exhibition. Rather than feature a traditional lecture in the auditorium, Stephen Rolfe Powell's work was celebrated as an all day event in the park that surrounded the museum grounds. I established a partnership with Janke Studios out of Atlanta who designed mobile glassblowing studios. Janke studios provided demonstrations of glass blowing throughout the day and assisted Powell with his grand demonstration during the late afternoon and evening hours. The event also include activities inside and outside the museum, along with refreshments and musical entertainment. 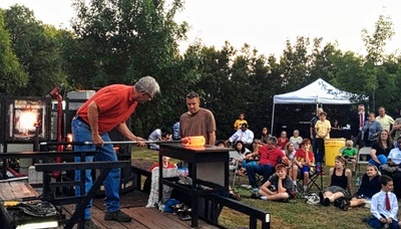 In addition to my responsibilities as lead administrator, I was also the principal organizer of all adult programs, including the Distinguished Rothschild Lecture held annually at the museum. While I featured numerous speakers throughout the year, the Rothschild series provided an opportunity to feature a prominent scholar in the field of American art and regional history. My most memorable program featured Matthew Baigell, a prominent author and scholar of American art history. Dr. Baigell was invited to speak about the the Ashcan School, which was the focus of the current special exhibition. 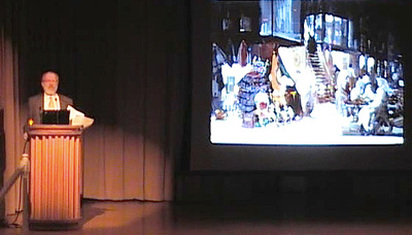 One of the most successful programs I organized for high school students was a program I inherited from my predecessor, the annual poetry slam competition. The program gave high school students throughout the region an opportunity to compete for cash prizes. Students who participated in the competition were required to attend a two day workshop that focused on the study of works of art in the permanent collection and poetry workshops led college professors and renown slam poets. Each student was required to select one work of art and write a poem based on their interpretation of the work. Students touched on many topics that had personal relevance for them such as female empowerment and black liberation. 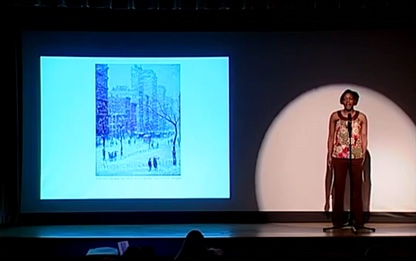